Then and Now: Vicki’s Story 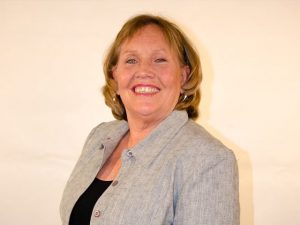 I’ve been drug-free for five years now.  I’m proud of myself for that.  I was addicted since I was 18. I thought I was numbing the pain of a hard childhood and all that, ya know.  Most addicts have a story along the same lines. But it’s no secret that any kind of addiction kills a person from the inside out.  Over the years one thing led to another until I woke up one day in prison.  That’ll do it for desperation, won’t it.  Prison’s no joke.

I did my time and, when I got out, knew something had to change. I got hooked up with a program called Adopt a Former Inmate through Dream Central Chattanooga.  They help get women like me settled back into the working world and away from the habits that landed us in jail in the first place.    Anyone’s who has ever been in prison can tell you how hard it is to get back into society.  It’s hard to get a job with a record.  It’s easier to return to old habits than not.  Most of the time we’ve hurt a lot of people on our way to prison, so family and friends are not always easy to come by, understandably so. We need a lot of help to reestablish.

For me, they helped me get my driver’s license reinstated and get repairs on my car so I could drive myself to work.  They also helped me find a local dentist and negotiate a good price for some dental work I needed.  I was accountable to pay my part, and that’s a major step for an ex-addict.  I also was able to do my community service hours through their facility and under their supervision, a major necessity with the court-system.  Because of those service hours, my court fines were dismissed, a huge burden if I would’ve had to pay them.  I was able to get groceries and gas with some gift cards they gave me until I got my feet on the ground.  Their generosity blew me away.  But what helped the most was that they didn’t give me a hand out and send me on my way.  They made me stick to my end of the deal by holding a job down, and by paying what I owed out of my own earnings.  I had to take responsibility for my own actions, and I had to make the decision to stick it out and do the hard work of change.  Now I’m a part of local church, I hold a steady job, and I’m drug free.  It feels good to say those things.  The Dream Central offered the support I needed to get going and stay grounded.  I’ll always be thankful for their help.